Alcoholism-Disease or
Moral Failing?
Just WHAT is it?

How to describe alcoholism: Disease? Moral Weakness? Individual choice? Sin? Some say alcoholism is not a disease. Others strongly disagree, including much of the medical community. I say . . . Who Cares?!

I never have quite understood why this subject raises so much controversy. I am an alcoholic in recovery. That much I know for sure. But do I have a disease? Or is that past tense? Did I used to have the disease of alcoholism?

And that raises another debate. Am I recoverING or recoverED?

I suspect most recovering alcoholics feel about the same way as me. We don't waste much time in meetings of Alcoholics Anonymous, for instance, discussing whether alcoholism is a disease or not. It rarely comes up. We admit freely that we are alcoholics - that we have alcoholism. That's about as far as it goes. And, really, that's all that's important.

Maybe all the hubbub has to do with the power that words can have. I know from experience that the word "alcoholic" had a powerful effect on me the first time I used it to describe myself. I was about 30 years old and attending my very first AA meeting.

Actually, now that I remember, I didn't say a word at that first meeting. It would have been the second meeting. Feeling humiliated, disgraced, beaten down, terrified, along with a hundred other emotions, I said it.

"My name is Julie. I'm an alcoholic."

That's what taking the First Step is all about. It's about admitting absolute powerlessness over alcohol. It's about acknowledging the seriousness of the circumstances, taking a long look in the mirror and seeing clearly a person with an illness in need of rehabilitation.

At the time I took that long look in the mirror, however, I really didn't much care about the nature of alcoholism. Disease, mental disorder, voluntary behavior, moral failing, physical dependency. I just knew I was in trouble and that maybe, just maybe, there was hope for me.

I KNOW, I know . . . I haven't really answered your questions about the nature of alcoholism. Is alcoholism a disease??

As I've said many times in my website, I am not a medical doctor or a psychologist. I am just a recoverING alcoholic who has the DISEASE of alcoholism. And that's how I have always referred to myself.

Did you catch the present tense I used in that statement? I still have the disease of alcoholism, and God-willing, I will always be a recoverING alcoholic. 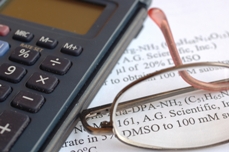 Still looking for a more scientific answer to this question? Wikipedia has a pretty good article on the alcoholism disease model.

It was Dr. E.M. Jellinek who wrote The Disease Concept of Alcoholism in 1960. There is a very interesting book out there called Jellinek's Disease: The New Face of Alcoholism. It is written by Dr. Kathleen Fitzgerald.

Dr. Fitzgerald has an intriguing theory. She proposes that alcoholism should be referred to as Jellinek's Disease, in keeping with the naming of diseases like Down's Syndrome, Parkinson's Disease, and Alzheimer's.

Dr. Fitzgerald theorizes in this book that perhaps by the use of a more socially acceptable, compassionate term, alcoholism would be thought of as a bona fide illness, and not as a sin, social indiscretion, or weakness of will.