Effects of Alcohol.
You Don't Want to Know…

Because that is the power of addiction. This statement from the "Big Book" of Alcoholics Anonymous really says it all: "Most alcoholics have to be pretty badly mangled before they really commence to solve their problems."

For us in recovery, it is really no mystery why alcoholics continue to drink to excess, even when faced with the sometimes devastating physical effects of alcohol. Loved ones are often appalled that we would continue to pour alcohol into our bodies after the doctor specifically said WE WOULD DIE if we took another drink.

We may heed warnings and stay sober for a time, fearing for our health or even for our very lives, but without spiritual help, we soon drink again. From my experience, this is the power of alcoholism, and it is an opinion shared by many other recovering alcoholics.

We have suffered the emotional, mental and physical effects of alcoholism and tried to quit on our own. It may work well for a while, but that day usually comes and we find ourselves drunk again.

Most alcoholics at certain times have absolutely no mental defense against taking that first drink. It is only through help from other alcoholics and the power of programs like Alcoholics Anonymous or Celebrate Recovery that we experience the power of God to keep us sober.

Taking a good, long look at the effects of alcohol, given the excessive amounts I drank, was never something I wanted to face. 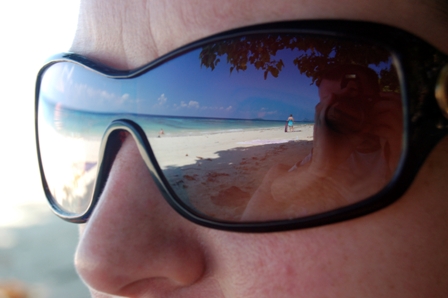 I suppose all alcoholics, at one time or another, have wake-up calls. It is what we in A.A. call "moments of clarity" when we are able to see, if only for a moment, the destructiveness of our drinking behavior. Often we go right back into denial – that place of refuge where we don't have to face things like the physical effects of alcohol on our bodies.

I remember, while I was still very much in the throes of alcoholism, coming across an article about what exactly happens physically when alcohol is ingested into the body. Although I don't have that original article (I'm sure I soon threw it in the trash along with my empty vodka bottle), I remember it making a huge impression on me.

Despite the horror of it all, I was, as I say, in the throes of alcoholism and NOT ready or willing to quit drinking. By that time, slowing down wasn't even an option. It never seemed to work for me anyway.

Only now that I am in recovery do I understand the grip that alcoholism had on my mind and body, and the depth of my denial. I had no idea that I was looking at life through prison bars, but indeed I was.

Effects of Alcohol on the Body

So I did a little research on the effects of alcoholism to refresh my memory, and here is what I learned. Remember, now; I am no expert. This is just my humble understanding of a very complicated biological process. 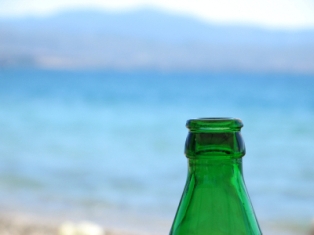 The chemical name for alcohol contained in alcoholic beverages is ethyl alcohol or ethanol, CH3CH2OH. Would that be the same ethanol that is so flammable that it can be used as fuel??!

Alcohol is easily dissolved in the fluids of the body, so as soon as it is ingested it quickly gets distributed throughout the body. Many, many organs and body processes are affected.

It passes from the mouth down the esophagus to the stomach then into the small intestine.

Once it hits the bloodstream, the effects of alcohol are all-encompassing, traveling throughout the body. It dissolves inside all tissues of the body with the exception of fat tissue where alcohol cannot be dissolved.

The blood carries the alcohol through the heart and then on to the brain. This is where it begins to interfere with thinking, coordination and judgment. It affects the brain as a depressant and generally decreases the activity of the nervous system.

What goes in must come out, right? So alcohol leaves the body in three ways. The kidneys eliminate a small amount through urine, and the lungs exhale a small amount as well. Guess that's where the phrase, Alcohol on Your Breath" comes from!

Finally, though, it ends up in the liver. The liver is the largest internal organ with many amazing functions, including distinguishing between the nutrients we need to absorb and the dangerous or unnecessary substances that must be filtered out of the bloodstream. Recognizing alcohol as a poison, it goes to work to eliminate it, removing the majority from the bloodstream by breaking it down (metabolizing it) into acetic acid where it leaves in urine.

The liver’s problem, though, is that it can only remove so much alcohol from the bloodstream at a given time.

Did you know this?

Intoxication happens when someone drinks faster than the liver can remove the alcohol from the bloodstream.

The Liver: The Hardest Hit
By the Effects of Alcoholism

We've all heard of the connection between alcoholism and liver disease. Long-term alcohol consumption is the most common cause of illness and death from liver disease. This is not surprising since the effects of alcohol are the hardest on the liver - the primary site of alcohol metabolism.

There are three major categories of liver damage from alcoholism. Often this is a predictable progression of the effects of alcoholism on the liver, but this is not always the case:

As for the kidneys, long-term alcohol abuse can change their structure, causing swelling and enlargement. It can also impair the kidneys' ability to do their job of getting rid of waste, making hormones and regulating the volume and composition of fluid and electrolytes in the body.

Heavy Drinking and the Heart

It is no surprise to me that the physical effects of alcohol on the heart include an increased risk for heart muscle disease (cardiomyopathy), disturbed heart rhythm (arrhythmia), high blood pressure, and stroke.

You may have read in my story that I come from a long line of alcoholics, all whose lives were cut short by the effects of alcoholism. One example: Although heart disease may have ultimately caused my grandfather's death at age 60, years and years of heavy drinking surely contributed greatly to his heart disease.

Official death certificates rarely tell the whole story. They say things like "arteriosclerotic cardiovascular disease" or "cardiomyopathy" or "pancreatic carcinoma". How many families (like ours) hide behind medical jargon and diagnoses in an effort to mask the underlying cause of death: Chronic Alcoholism.

I have described above just a few of the physical alcoholism effects; however, there's more to add to the list, from seemingly innocuous effects associated with the common hangover (nausea, vomiting, diarrhea, insomnia, and dehydration) to more detrimental and sometimes long-term effects such as anemia, gastrointestinal inflammation, diabetes, congestive heart failure, pancreatitis, cancer, delirium, hallucinations . . . The list goes on and on.

And we haven't even touched on the psychological, emotional, relational, social, and spiritual effects of alcohol!!

A Side Note: I really like this article about the effects of alcohol on teenagers. As it suggests, the decision that teens make about drinking can be simplified by basing that decision on two things: FACTS and FAITH.

Clarification From The Author
Remember, I Am An Alcoholic!

Lest my readers get the wrong idea, that I am advocating some kind of modern-day temperance movement, let me clarify my views.

I have no desire to moralize or lecture anyone about the woes of drinking alcohol. Nor do I desire to diagnose alcoholism in anyone. Not my job.

Besides, who am I to moralize or lecture?? 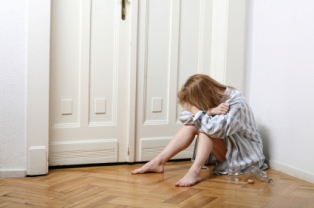 All I really know about the perils of drinking comes from my personal experience. And my personal experience shows that "alcoholics have to be pretty badly mangled before they really commence to solve their problems." When I try to understand why I kept on drinking even as my physical, mental and spiritual health was going down the tubes, I am baffled!

I do know one thing. It has been 13 long years since I had a hangover. Now THAT'S something I am really grateful for!