Alcoholism Warning Signs.
Are the signs pointing to you or someone you know? 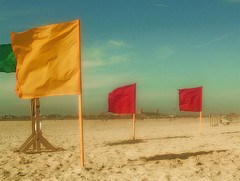 Another "top ten". The top ten alcoholism warning signs. Regardless of the number, alcoholism symptoms are real and recognizable. To the alcoholic in denial, however, they are not so recognizable.

I was one of those alcoholics in denial. Somewhere in the recesses of my mind, I knew I qualified as an alcoholic. The warning signs were all there. I'd even taken a few of those alcoholic questionnaires - and received a very high score.

The official website of Alcoholics Anonymous has one of those questionnaires for alcoholism warning signs. See how you score. I believe that most alcoholics, in a certain sense, CHOOSE to be in a state of denial even in the face of clear alcoholism symptoms. They know these things about themselves. Or at the very least, someone close to them has told them these things.

If you have had a chance to read My Story, you know that I had a certain amount of shame about my alcoholism. This is what led to all my "closet drinking". I was very good at making you think "I was just opening my first beer" - when in reality I had been at it all day in secrecy. The shame also led to a great deal of denial. If I didn't face it in my own mind, I could avoid the shameful feelings.

When it was suggested to me (often by my husband) that I had a drinking problem and I needed help, I denied the problem vehemently. It was unthinkable to me that an alcohol rehab center might be of benefit to me. What would I tell the neighbors, our family and friends, my employer?? It was just out of the question - end of subject.

Other alcoholics are nothing at all like me. They could care less what people think of them or the way they drink. If others consider them alcoholics, so be it. There are those, too, who are quite proud of the fact! The alcoholism symptoms are what define them among their drinking buddies. We all have a good laugh about the crazy night when . . . (fill in the blank).

If only the good times could just keep rolling. Unfortunately, they usually don't. The fun comes to an end.

Here are the so-called "10 Warning Signs"

Alcoholism Warning Sign #1: Drinking more than you used to.
Back in my day, "one" was not a number for beers. I'd rather not have any at all than have just one. I was always amazed by people who would order one drink, and then have a hard time drinking that. Or worse, leaving it half full with the ice melting and watering all that alcohol down!

Alcoholism Warning Sign #2: Drinking alone.
Closet drinking was my specialty. Drinking away from a social setting was a pretty good indication that I had a NEED for alcohol.

Warning Sign #4: A high toleration for alcohol; needing more and more to get that buzz.
This one kept me confused and in denial for a lot of years. I thought I was somehow superior to people who couldn't hold their liquor. What's odd is that as I progressed in my disease, the tables turned and I would tend to get drunk on much less. Now I was one of those sloppy drunks. This is a typical pattern as alcoholism progresses.

Alcoholism Warning Sign #5: Lying about the amount of alcohol you consume.
Me? Lie to you? YES . . . Always, if it concerned the amount I had had to drink. I used to tell some whoppers.

Alcoholism Warning Sign #6: Drinking first thing in the morning.
Pretty serious stuff. Although I was known to do this, it was not my usual practice. No doubt I was headed in that direction, until God intervened in my life. Thank You, Lord.

Warning Sign #7: Blackouts.
Blackouts (or "brownouts") are the result of one thing only: Way too much to drink!!

Warning Sign #8: Drinking to relieve stress, calm nerves or boost courage.
I drank every night after work to relieve what I perceived to be stress. In the early days of my sobriety, this was a very "slippery" time for me (from the time I got off work until I went to bed that night). Old habits die hard. Meetings of Alcoholics Anonymous came in very handy during this time period. This is why most AA groups meet nightly around 8 p.m. Here is a page on AA meetings if you want to know more about how AA meetings work.

Alcoholism Warning Sign #10: Problems in relationships with loved ones. Criticism [nagging] about your drinking from people who know you best.
Hmmmm. I remember thinking, "I just wish he would leave me alone and let me drink in peace." Please see my page about Alcoholism + Marriage.

Order the book called Powerfully Recovered! This is a life-changing book by Anne Wayman who has been clean and sober in Alcoholics Anonymous, Narcotics Anonymous and other 12 Step groups for over 25 years. The book is available as

an instantly downloadable eBook or as a paperback.