There it was in black and white: "Chronic Alcoholism since teens". Why was I shocked to read my doctor's diagnosis? I knew this about myself, didn't I?

That was quite a wake-up call. Knowing that someone in the medical profession clearly recognized alcoholism in me made a difference somehow. It made it real.

"I would try to close the door on Reality but next thing I knew, it was coming in the window!"

Before my recovery, I spent my whole life trying to escape reality. But it was time to emerge from denial and face reality.

Alcoholism is nothing to scoff at according to the above definition. It looks even more serious in black and white when you put it like THAT.

I realized back in my early days of recovery that it wasn't something that would just go away - at least not on its own. If I kept going on this way with my drinking, I was headed for real danger. 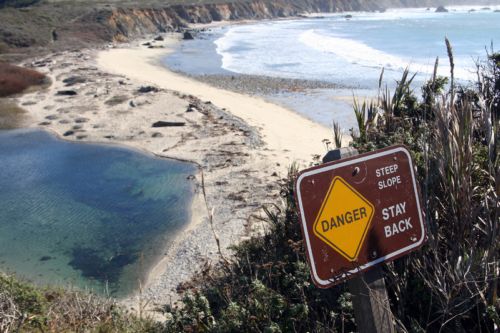 That's when I had to face the facts about myself. I had to come out of denial and say it out loud.

"MY NAME IS JULIE AND I'M AN ALCOHOLIC."

There. I said it. That was back in 1995 when I drug myself back to Alcoholics Anonymous for the third time. When we say those words in meetings, to "outsiders" it might sound trite, even corny. But to the alcoholic, they are powerful words. They are especially powerful in those first few meetings, because with those words we are taking that all-important FIRST STEP. Essentially, we are acknowledging that we have a disease called alcoholism and that we need help.

That's the First Step in recovery from alcoholism: We admitted we were powerless over alcohol, that our lives had become unmanageable.

Chronic alcoholism is a progressive, potentially fatal disease. In the Big Book of Alcoholics Anonymous, chronic alcoholism is described as a physical allergy coupled with a mental obsession. Dr. Silkworth, in "The Doctor's Opinion" (a Forward to the text), says that alcoholics have one symptom in common: They cannot start drinking without developing what he called a "phenomenon of craving". This phenomenon, according to Dr. Silkworth, is a manifestation of an allergy which differentiates alcoholics from other drinkers; alcoholism is not entirely a problem of mental control. Any picture of the alcoholic which leaves out the physical factor is incomplete.

Please read for yourself The Doctor's Opinion and what Dr. Silkworth has to say about chronic alcoholism.