The Stages of Alcoholism. Recollections of an Out-of-Control Life

Here are the stages of alcoholism commonly identified by experts.
I thought it would be interesting to compare these stages with the memories (foggy as they are) of my own alcoholic life.

Described below are the stages of alcoholism often identified by medical experts. Alcoholism is a chronic, progressive disease that is characterized by certain predictable stages.

They identify the behaviors, emotions, physical symptoms, and consequences of the disease of alcoholism in a general pattern of development from early to middle to late stages.

In retrospect, as a recovering alcoholic, I can clearly see the progression of my disease.

As I say many times:

Somehow back in 1995, I was spared the misery of the later stages of alcoholism by the mercy of a loving God coupled with a sprinkling of self-honesty, willingness and open-mindedness on my part.

The early stages of alcoholism can last for prolonged periods of time. Alcoholics often spend years in this early stage before ever progressing on.

Thankfully, many alcoholics seek outside help during the middle stages of alcoholism. If successful strides are made in recovery programs such as Alcoholics Anonymous or Celebrate Recovery, they may never have to drink again.

Along with a continuation of the behaviors and symptoms described above in the early and middles stages, the late stages of alcoholism are marked more than anything by the physical symptoms.

My Name is Julie and I Am an Alcoholic.
The Progression of My Disease 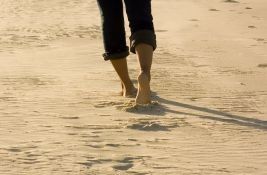 My fascination with alcohol came immediately after that first drunk when I was about 14 years old. The preoccupation came soon thereafter. I believe that there was at work in me a physical predisposition toward alcoholism because of my family history. Alcohol became my reliable friend, and I looked for every opportunity to drink as a teenager and later in my adult life.

I could drink the guys under the table. Many times, I lost count of the number of beers I had during the course of a day or an evening. Yet I was never known as a "sloppy drunk". I just always had a beer or a drink in my hand. People often have the mistaken idea that an alcoholic means someone who is always falling-down drunk. While this is often true, those of us who can hold our liquor are likely candidates as well; however, we often escape being labeled as alcoholics because of our increased tolerance. With time and increased consumption, alcoholism gets worse, never better and the high tolerance turns on us.

I had the ability and the desire for sure, often to my embarrassment. I was often painfully aware that other people, especially other women, in my social circles weren't quite as enamored with alcohol as I was. How was it that they could take it or leave it? This is why alcoholics seek the company of other alcoholics! Birds of a feather flock together, right?

In the early stages of alcoholism, I was really good at fooling you into thinking that I wasn't drunk. With me, appearances were everything, even in the face of my escalating alcoholism. So this characteristic became my great ally in the game of deception. My secret motto: "You must not know who I really am."

Always! This was my forte. I could write a how-to manual called The Art of Closet Drinking. Don't hold your breath waiting for that publication! I think I'll stick with a WEBSITE called New-Life-In-Recovery.com!!

My guilt was ever present in my mind, yet I rarely shared it with anyone. It was a self-torture that I don't ever want to go back to.

YES! I really just wanted you to mind your own business and let me drink in peace. My first husband was the worst. Now I see clearly that he was absolutely right and justified in his concerns. If only I would have listened, but to the alcoholic in denial that is somehow impossible. I remember being utterly incensed when he attended Al-Anon meetings on my account.

I used to hate when this happened. Unlike some, I usually remembered everything from the night before. But once in a while I would black out, and that feeling the next morning as I tried to patch it all together in my mind was literally sickening.

For many years, my denial was rock-solid. There were times of great remorse on those awful mornings after, when I admitted to myself, sometimes even to my family members, that I had a problem with alcohol. It usually didn't take long for the denial to kick back in, and I'd be off and running again.

I can't recall exactly when my drinking progressed to a daily activity, but I know it was especially true after I graduated from college and went on to a full-time job. My usual routine was to drink every night after work, trying to limit myself as much as possible to avoid the next-day hangover at work. I drank excessively on Friday night. Saturday, I usually started around noon, sometimes earlier, often drinking on into the night. On Sunday, I drank during the day, slowing down again on Sunday evening to avoid the Monday morning hangover. Then I'd start the whole cycle all over again.

As I progressed through the stages of alcoholism, more and more humiliating, drunken incidents were happening. They were those times when I woke in the morning, head pounding, stomach turning, wondering WHY. Why can't I control myself?? Why do I keep doing this over and over? It's hard to describe the horror and dread of those mornings, not to mention the ghastly hangovers. I had a knack for ruining entire weekends, hungover from my out-of-control drinking on Friday night.

As mentioned above, at some point in this progression I began to drink every day - sometimes relatively little, sometimes to excess. My body and mind were literally saturated, and intoxication was for me "normal". Sobriety felt abnormal.

Believe me, I didn't like the person I was becoming as I moved through the stages of alcoholism. As a mother of two precious children, I can't begin to explain the feelings of remorse, shame and self-loathing. As much as I tried to hide my drinking from them, it was still a fact of their lives as they were growing up. And as many times as I told myself I'd never do it again, that's how many times I'd do it again. Alcoholism is truly cunning, baffling and powerful.

Although I was more of a daily drinker, there were also a few times when I literally holed myself away and just drank - day and night, waking up in the morning and starting the whole process over again. I always worked outside the home, not by choice but out of financial necessity. I wanted more than anything to be a housewife and stay-at-home mom. I believe that God, in His infinite wisdom, protected me from myself by keeping me at that full-time job. Without a doubt, I would have progressed to more serious problems with my alcoholism had I not had the responsibility of my career.

I can't begin to count the times I deserved a DUI. Drinking and driving was a way of life for me - something I am not at all proud of. I might have even deserved a public intoxication charge a time or two. Somehow I escaped any legal problems.

Yes . . . Lots of marital problems. You may want to read more about this on my page about Marriage and Alcoholism. Incredibly, I managed to advance in my career and hide my alcoholism (at least as far as I am aware) from my employers. By nature, we alcoholics are often hard-working, high achieving individuals. Thankfully, I got into recovery before any employment problems cropped up.

Countless times I quit for good, and countless times I found myself baffled by my inability to stay quit. After a while, I stopped trying. Instead, I tried to control the amount I drank or the times I drank. Those efforts failed as well.

Something else I escaped. My physical health somehow did not suffer too badly, even as much as I drank all those years.

You may want to read my page on Depression and Alcoholism about my own experience with depression. I also had frequent suicidal thoughts (although no attempts) as a result of my alcoholism.

Please read my page about my experience with withdrawal symptoms.

And here is where my New-Life-In-Recovery began! As I read the list above under the Late Stages of Alcoholism, I thank God that I didn't have to go down that far.

With alcoholism, a good analogy can be drawn of an elevator going down, floor by floor, through the stages of alcoholism. 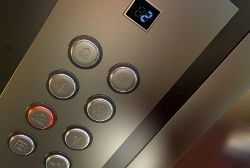 Some of us get off the elevator sooner than others and get into recovery. Some of us are lucky enough to get off the elevator in the early stages of alcoholism. Others, like myself, get off during or toward the end of the middle stage. If we decide to get back on that elevator and start drinking again, we can be guaranteed that it will continue to go down.

There Is A Solution

In looking again at the list of physical symptoms of the later stages of alcoholism, I am reminded anew that the Twelve Steps and the program of Alcoholics Anonymous were divinely inspired. God knew that the only hope for the alcoholic was abstinence from alcohol through a complete psychic change and spiritual awakening. Thus Alcoholics Anonymous and the Twelve Steps came into being by the work of two once hopeless drunks, Bill Wilson and Dr. Bob Smith. The true history of AA is fascinating to me.

I am also reminded, when looking at that list, that my family members - my grandparents, my mother, and my brother - sadly were not so fortunate. All died prematurely as the result of the disease of alcoholism. My prayer is that, by my example, I have broken that downward spiral pattern of alcoholism in my family.

My prayer for every alcoholic is that he or she would find their way to recovery as I have and experience the joy of living this NEW-LIFE-IN-RECOVERY!